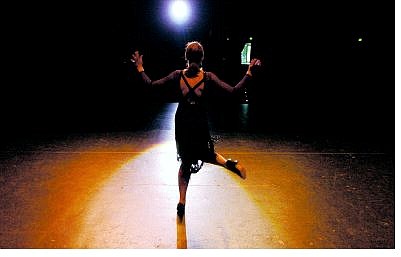 BRAD HORN/Nevada Appeal Above, Chelsea Bibb rehearses her talent for the Miss Nevada competition at the Carson City Community Center on Thursday. At right, reigning Miss Nevada Christina O&#039;Neil sings with Josh Seumalu during a break from rehearsal. He is an assistant to the production staff.