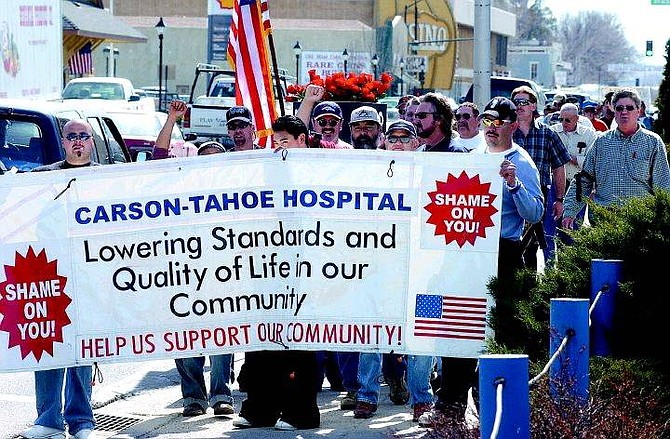 A group of construction workers all belonging to the Carson City Fairness committee protested the lack of health benefits and wages at the construction site at the Carson-Tahoe Hospital&#039;s new regional medical center in north Carson City. on Carson Street Thursday afternoon. The workers