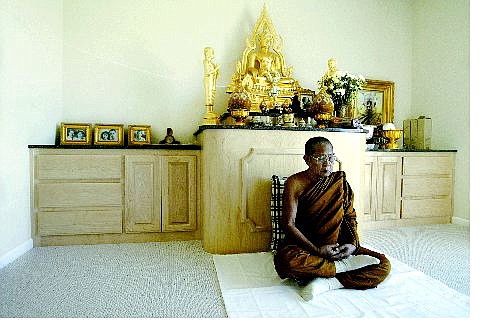 Cathleen Allison/Nevada Appeal Buddhist monk Luang Phor Boonpheng Kappako, from Thailand, is staying with Dayton family Nan and Bob Watanar. The Watanar family has string running from the statute of Buddha that wraps around the house to protect the household from evil. At top, Nan and Bob Watanar stand in their Thai restaurant, The Basil, Thursday afternoon.