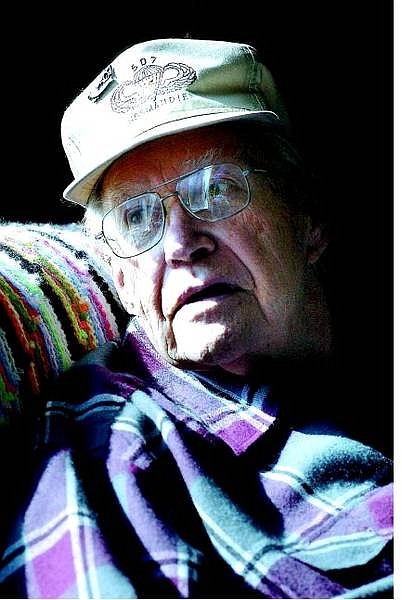 Rick Gunn/Nevada Appeal World War II veteran Royce W. &#039;Bud&#039; Nauman reflects on his tour of duty and his two purple hearts at his home in Carson City on Tuesday.