Tip of the iceberg: Inside the secret vaults of the Nevada State Museum 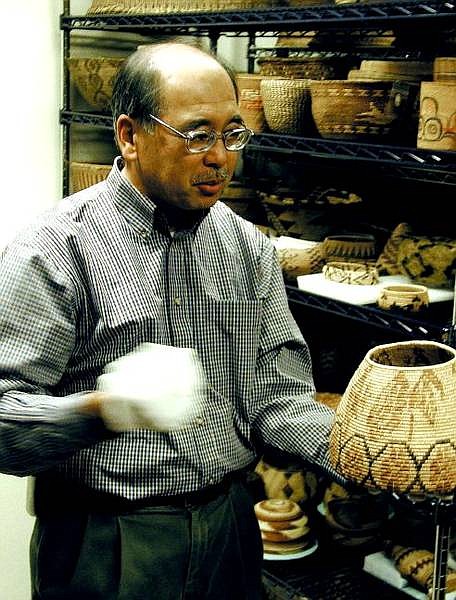 Eugene M. Hattori, Ph.D, curator of anthropology for the Nevada State Museum, displays one of more than 1,200 American Indian baskets in the downstairs vault at the museum. Peter Thompson/ Nevada Appeal