Downtown may get face lift from city 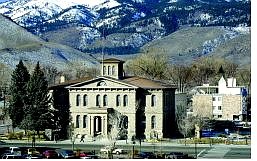 Cathleen Allison/Nevada Appeal The Nevada State Museum could receive $35,000 in incentive funding from the Carson City Redevelopment Authority for improvements made to the U.S Mint building.