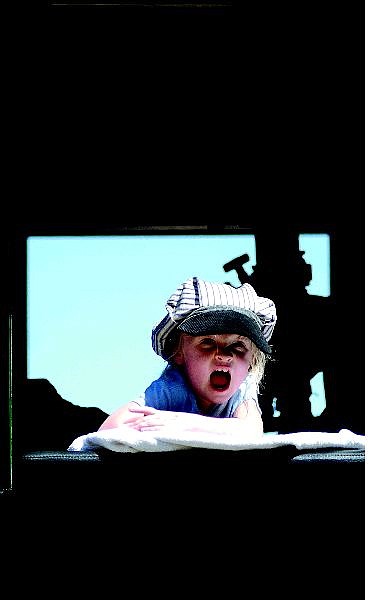 BRAD HORN/Nevada Appeal Annaka Jahn, 2, of Carson City sits in Engine No. 25 while her father, Loren Jahn, helps fix a problem with the train at the Nevada State Railroad Museum steam-up on Sunday afternoon.