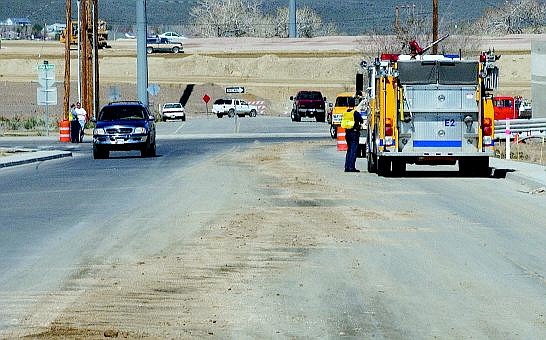 Rick Gunn/Nevada Appeal Firefighters help with traffic during the cleanup of an oil spill at north end of Roop Street near College Parkway, which was closed Tuesday afternoon between Roop Street and Goni Road.