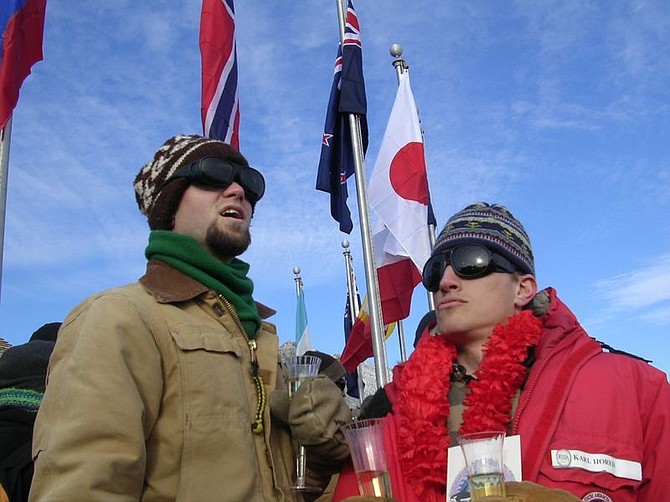 Phil Spindler, science lab cargo supervisor, and Karl Horeis share one last toast on the porch before summer employees left at the end of the season.