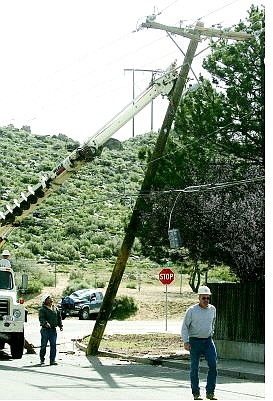 BRAD HORN/Nevada Appeal Utility workers repair a power pole at the corner of Roop Street and Winnie Lane after an accident involving a truck on Monday morning.