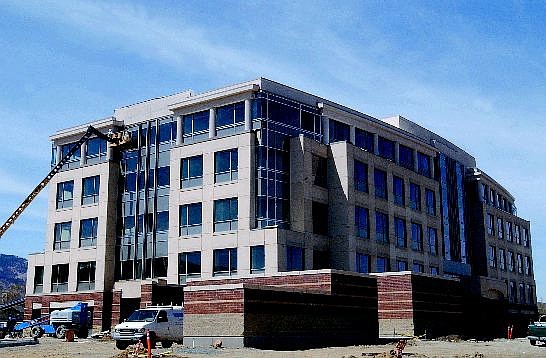 Rick Gunn/Nevada Appeal The new Bryan Building will house the Nevada Division of Natural Resources. The building, located between Stewart and Roop streets at Little Lane, will be named after former Nevada senator and governor Richard Bryan.