Man injured when rear-ended by pickup 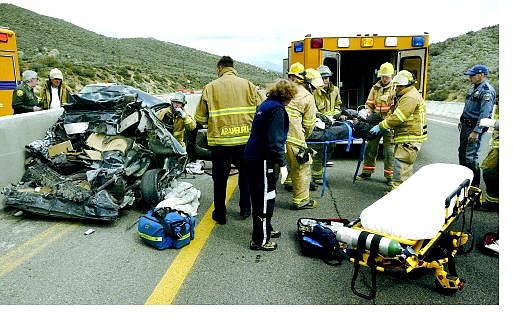 Cathleen Allison/Nevada Appeal Emergency personnel extricate an unidentified man from his car following a two-vehicle accident on Lakeview Hill Monday afternoon. He was transported by Care Flight to Washoe Medical Center in Reno.