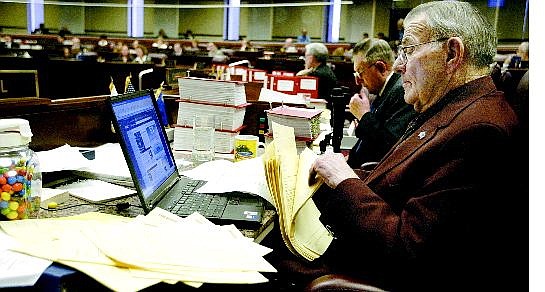 Cathleen Allison/Nevada Appeal Nevada Assemblyman John Marvel, R-Battle Mountain, sorts through the piles of amendments at his desk on the Assembly floor, Monday at the Legislature as lawmakers face a deadline for action on pending bills.