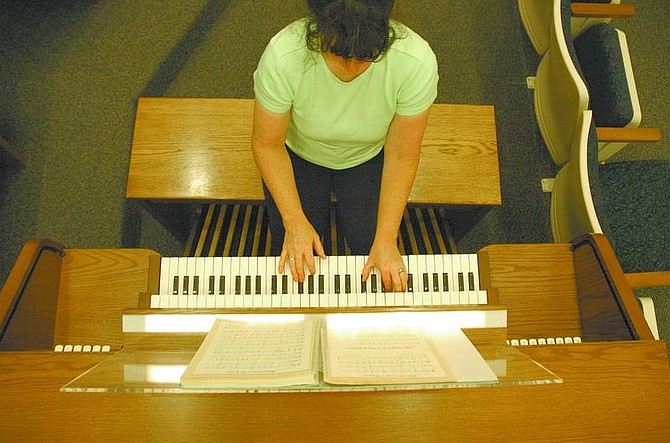 Kevin Clifford/Nevada Appeal Ward organist Angela McClelland of Dayton attempts to tune the Church of Jesus Christ of Latter-day Saint&#039;s organ Tuesday in preparation of the first meeting Aug. 14. McClelland has been organist for a year.