City seeks help in planning for the future 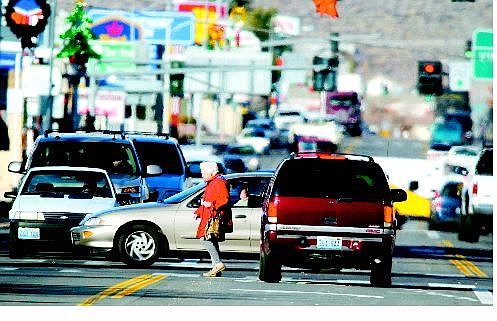 BRAD HORN/Nevada Appeal An elderly woman crosses Carson Street in the downtown area on Friday afternoon. The city&#039;s master plan will address downtown and traffic issues, as well as the growing elderly population.