Sledders beware: Hazards include what's above AND beneath snow 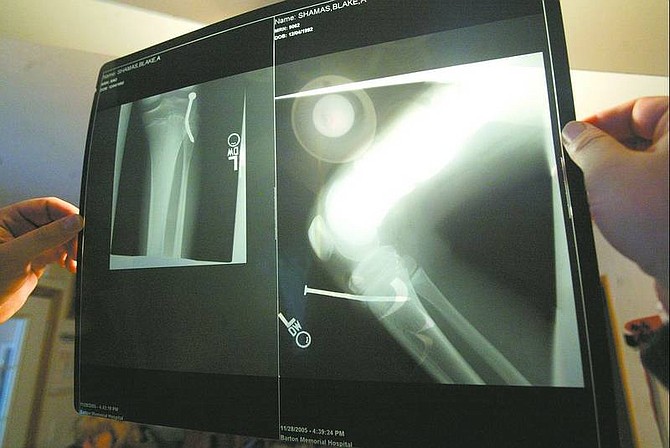 Dan Thrift/Nevada Appeal News Service An X-ray reveals the four-inch nail that went into Blake Shamas&#039; left knee during a sledding accident near his South Shore home. Injuries such as his are not unusual for this area this time of year.