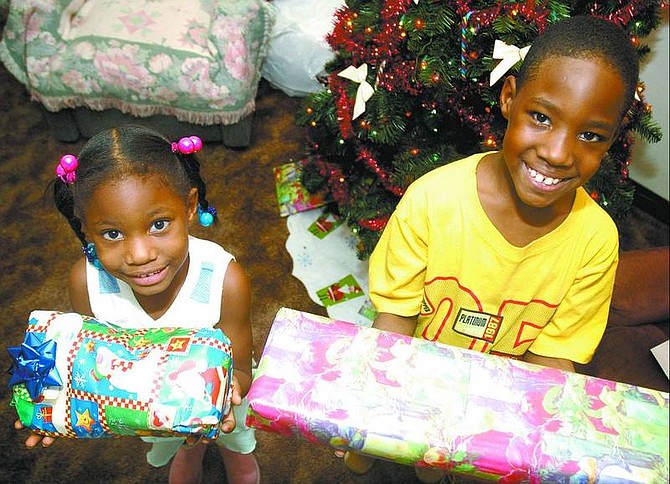 Kevin Clifford/Nevada Appeal Keaira, 4, and Keith Jr., 7, Robinson show off some of their Christmas presents Thursday in their Carson City home. The Robinson family is spending Christmas in Nevada, but they are making plans to move to Baton Rouge, La., in February.