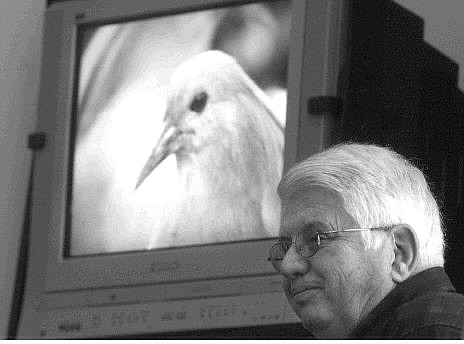 Rick Gunn/Nevada Appeal Jim Eidel, past president of Audobon&#039;s Nevada Chapter smiles while showing a video about birds in the library of Bordewich-Bray Elementary School Friday.