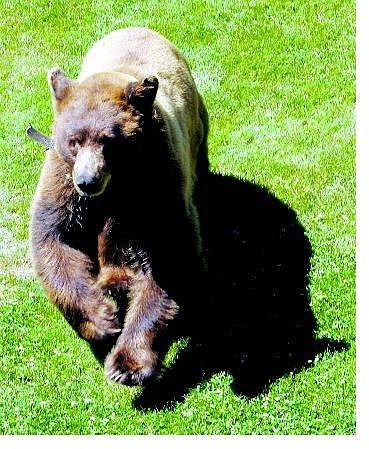 Brad Horn/Nevada Appeal A 300-350 pound 4-year-old brown version of a black bear races through the courtyard at the Southgate Apartments in Carson City after the bear was shot three times with tranquilizers by a Nevada Division of Wildlife officer on Saturday. The bear was found sleeping under a pine tree two blocks away 2 hours and 17 minutes later.