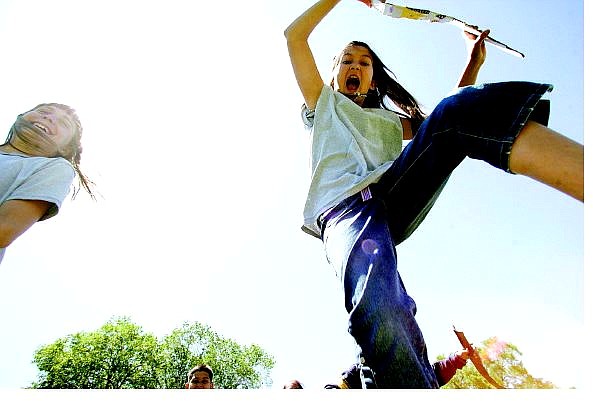 BRAD HORN/Nevada Appeal Jordan Ames, 11, a fifth-grade student at Bordewich-Bray Elementary School, gets ready to re-enact the Battle of Gettysburg at the school last week.