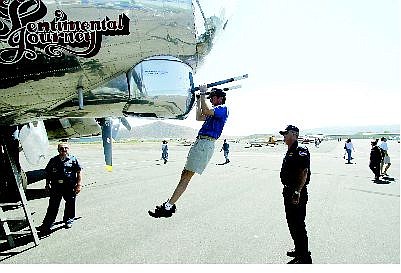 BRAD HORN/Nevada Appeal Jim Kimmel, Sentimental Journey&#039;s pilot, does pullups before taking a group over the Carson Valley in the B-17 at the Carson City Air Show on Saturday.