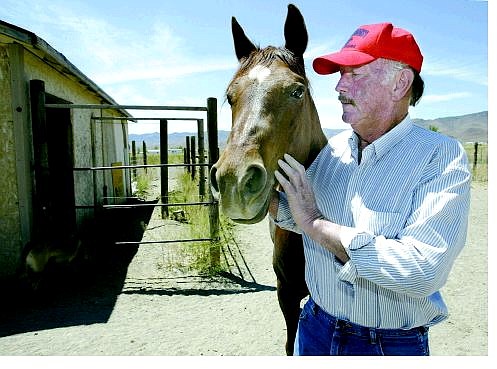 Larry McPherson talks to his horse, Sundown, on Monday at his Stagecoach ranch. McPherson, president of the Nevada Division of the National Pony Express Association will ride in the 27th annual Pony Express Reride. Cathleen Allison Nevada Appeal