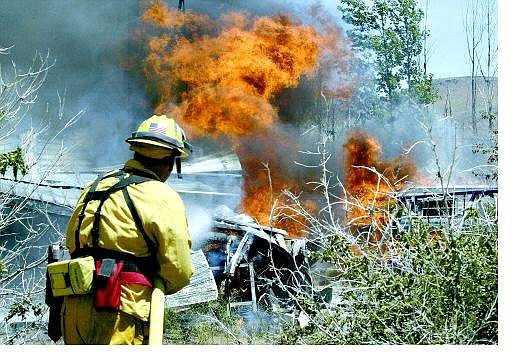 Cathleen Allison/Nevada Appeal Firefighters worked to extinguish a brush fire that consumed several vehicles and five outbuildings Wednesday in Mark Twain. Crews were able to save the primary residence, and no one was injured.