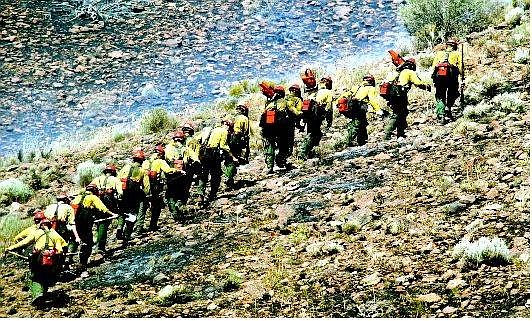 Brad Horn/Nevada Appeal Nevada Department of Forestry Hot Shot crew members carry chain saws and shovels among other gear up a hill just south of Virginia City to fight the Truck fire on Thursday. Below, an airtanker fights the Truck fire with retardant. Approximately 85 acres of grass and brush burned in the wind-driven fire, the first of the 2005 fire season for Northern Nevada.