Whistlin' Billy is just for kids 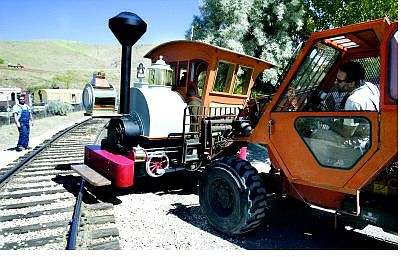 Cathleen Allison/Nevada Appeal Jeremy Harding, left, and Rick Stiver of the Nevada State Railroad Museum move a model of the Whistlin&#039; Billy engine Monday morning. Built in Mound House, the interactive children&#039;s train will be on exhibit at the museum July 22.