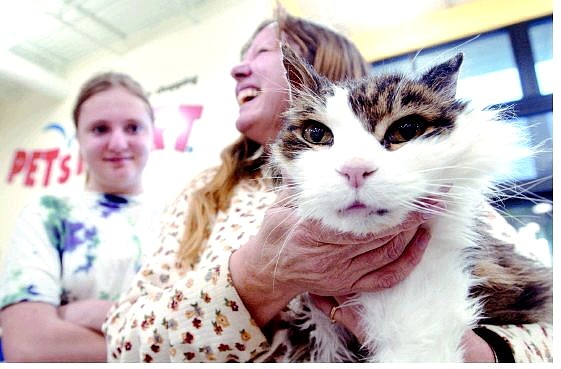 Rick Gunn/Nevada Appeal Robert, the 19-year-old cat, was reunited with his former owner Janet Howard and her daughter, Elizabeth, Wednesday at the PetSmart in Carson City.