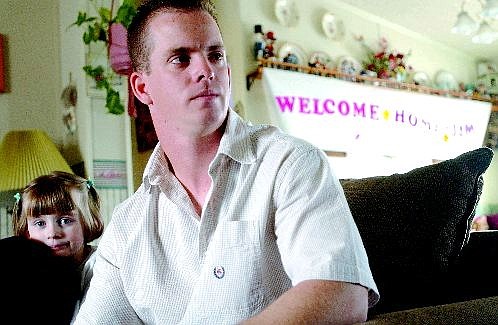 Rick Gunn/Nevada Appeal Sgt. Jim Silveira sits next to his sister, Sammi Lewis, 5, at his grandmother&#039;s house in Mound House on Friday. Silveira returned Thursday from his second tour of duty in Iraq.