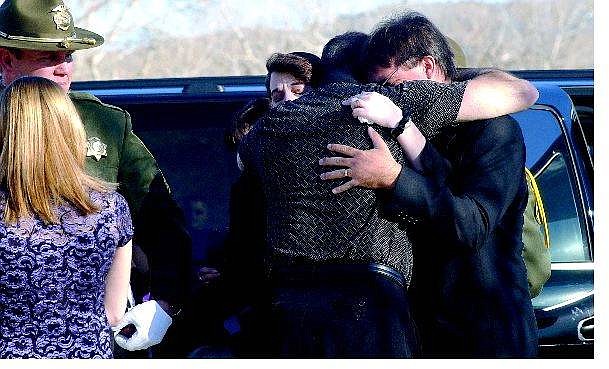 Rick Gunn/Nevada Appeal Matt and Lynette Putzer receive a conciliatory hug from a friend upon arriving at their 10-year-old son&#039;s memorial service at Carson Middle School. Hundreds of people attended the service for Brandon Matthew Putzer on Saturday.