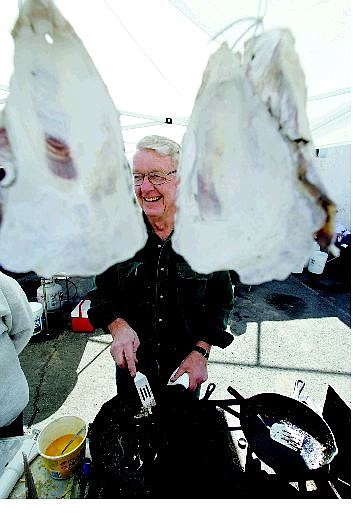 BRAD HORN/Nevada Appeal Mel Carpenter, of Reno, cleans up his kitchen in the Bucket of Blood parking lot in Virginia City cooking &#039;oysters&#039; all afternoon.