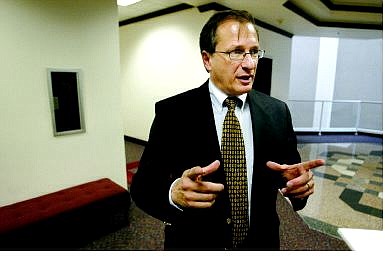 Cathleen Allison/Nevada Appeal John Singlaub, executive director of the Tahoe Regional Planning Agency, talks after a budget hearing Wednesday at the Legislature. The agency could suffer funding problems as a result of the Bush administration&#039;s plan that would limit federal funds used for Lake Tahoe restoration.