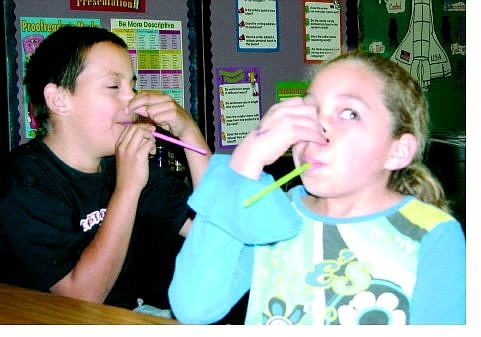 Maggie O&#039;Neill/Nevada Appeal Freddie Ramirez, 9, and Sienna Collins, 10, suck on straws for one minute to simulate emphysema. The fourth-grade Seeliger students received a presentation from Carson High School Resist students on Monday about the harmful effects of cigarettes.