For children with autism, little things mean a lot 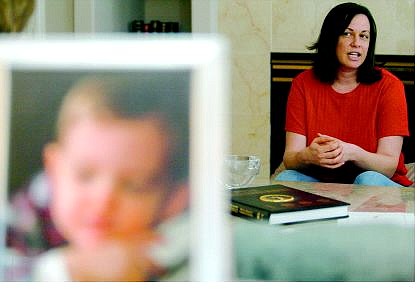 Shannon Litz/Nevada Appeal News Service Wendi Fauria of Gardnerville talks about her 2 1/2-year-old son Dave, who was diagnosed with autism. He will begin pre-school in June in the Douglas County School District.