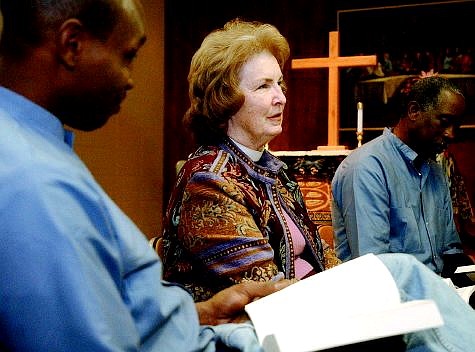 Rick Gunn/Nevada Appeal Chaplain Jane Foraker-Thompson sits with a group of inmates at the Northern Nevada Correctional Center on Thursday afternoon. The group is learning from the the book, &quot;The Purpose Driven Life.&quot; To her left is Rev. Eric Rogers and at right is Rev. George Greene.