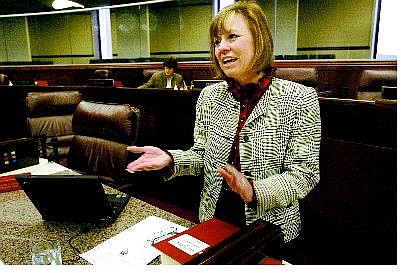 Cathleen Allison/Nevada Appeal Nevada Assemblywoman Sharron Angle, R-Reno, talks on the Assembly floor Friday at the Legislature in Carson City, after lawmakers passed a bill that would provide relief from soaring property taxes. Angle was the sole vote against the bill.