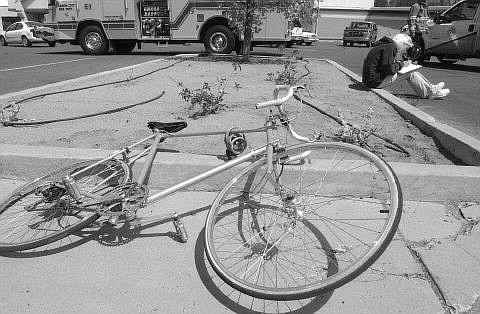 Rick Gunn/Nevada Appeal The driver of a vehicle that struck a bicyclist fills out a report near the Grocery Outlet Tuesday afternoon. The bicyclist was transported by ambulance to Carson-Tahoe Hospital.