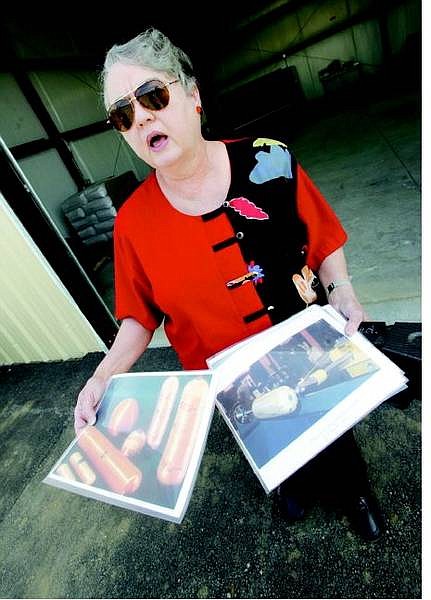 BRAD HORN/Nevada Appeal Linda Clements, owner of 2Phase Technology, shows some examples of what her business can do while at her new location in Moundhouse on Thursday.