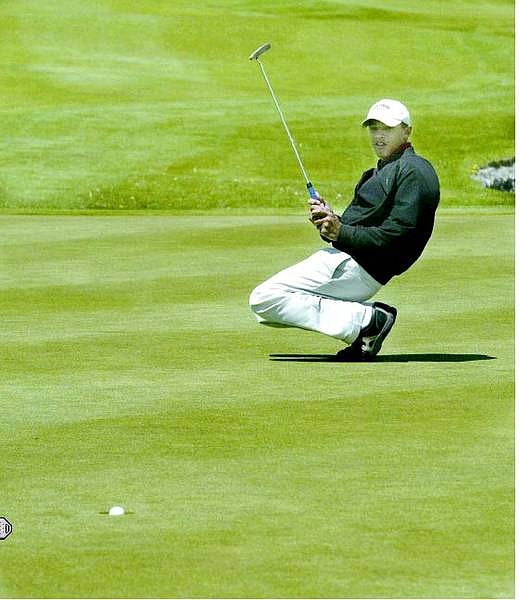 Cathleen Allison/Nevada Appeal Kevin Goles of Dayton puts a little english on a putt on the ninth hole at Dayton Valley Golf Course Wednesday afternoon during the 3A NiAA State Golf Championships.