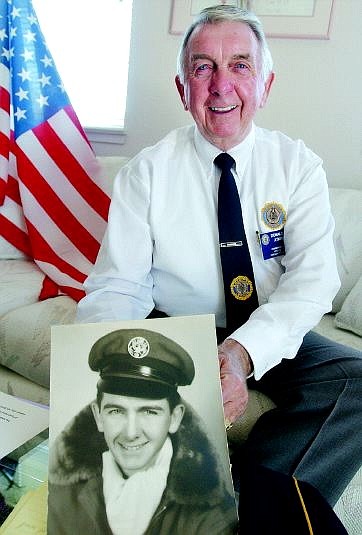 Rick Gunn/Nevada Appeal Donald Atkins, commander of American Legion Post No. 56, displays a picture of himself taken just before his deployment overseas in the Korean War.