We work hard for the money 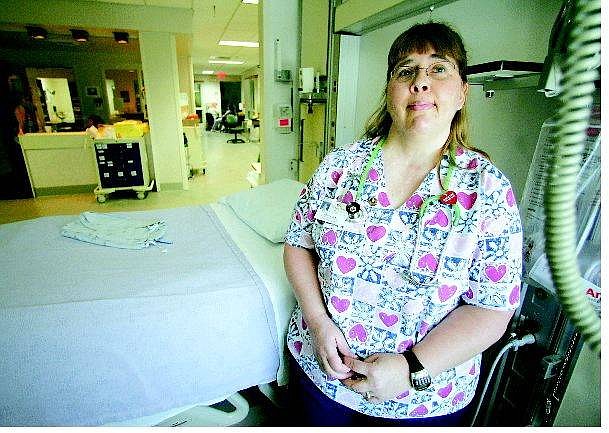 BRAD HORN/Nevada Appeal Cindylou Kibbe poses in a room in the intensive care unit of Carson Tahoe Hospital on Friday. Kibbe just graduated from Western Nevada Community College with a degree in nursing.