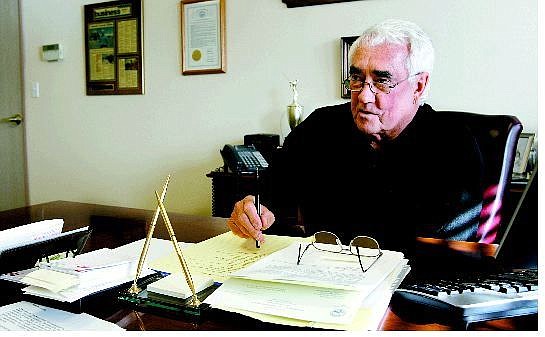 Cathleen Allison/Nevada Appeal Clark Russell, owner of the Pi&#241;on Plaza, Tuesday announced the sale of the hotel/casino to Jacobs Entertainment Inc., a national gaming corporation with properties in Reno and Colorado.