Salave'a near the end of her career 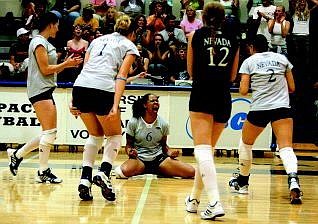