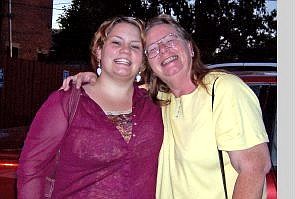 Crystal Blakeman and her mother, Elaine Blakeman, moved from Carson City to New Orleans where they lost their home and most of their possessions to Hurricane Katrina less than a month later. They are now trying to find a place to call home.