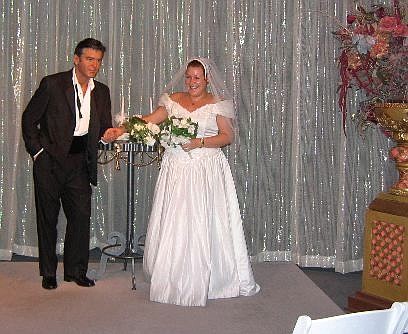 Richard Moreno/Nevada Appeal You can dress up as a bride and pretend to marry actor George Clooney in one of the interactive exhibits at the Madame Tussauds Las Vegas wax museum.