Supported by many, South Lake Tahoe woman deals with aftermath of attack 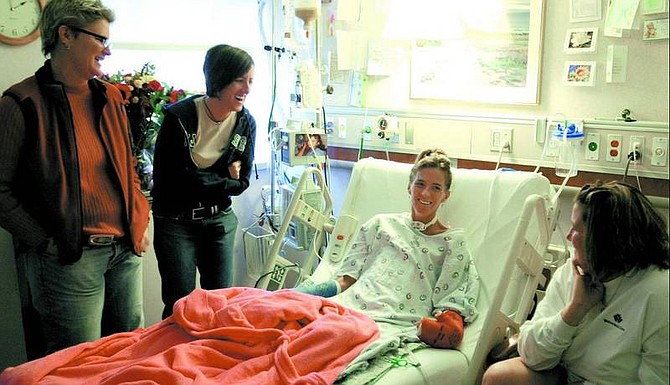 Photos by Jim Grant /Nevada Appeal News Service Susan Rizk, center, shares a laugh with her sisters, from left, Diane Watson, Lisa Watson and Donna Logalbo, on her birthday Thursday. It was only the second day Rizk has been able to speak since she was attacked with a sword a month ago allegedly by Steve Wasserman.