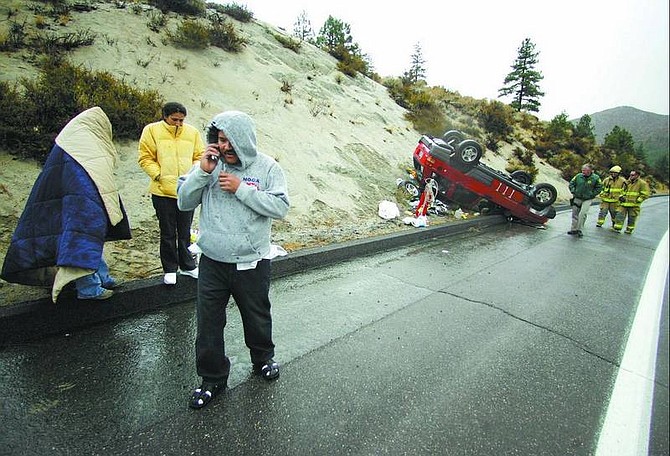 BRAD HORN/Nevada Appeal Rafael Infante talks on his phone while Karina Garcia, back left, and Eva Estrada, who were involved in a rollover accident at the base of Spooner Summit, try to stay dry in the rain Friday morning.