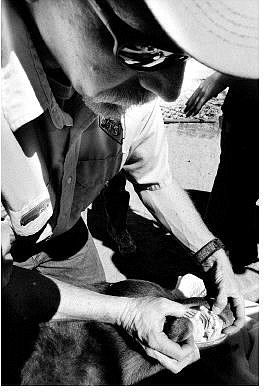 Cathleen allison/Nevada appeal Nevada Department of Wildlife wildlife biologist Carl Lackey examines the teeth of a bear after it was found and tranquilized on the Capitol grounds Friday morning.