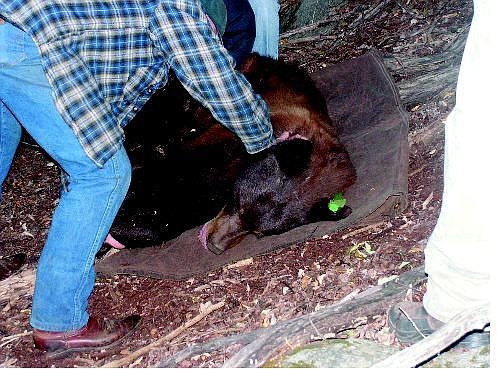 Jo Rafferty/Nevada Appeal News Service Nevada Department of Wildlife biologist Carl Lackey prepares a mother bear to be moved underneath a tree that two of her cubs were hiding in.