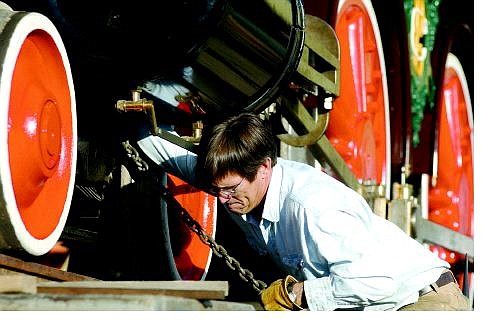 BRAD HORN/Nevada Appeal Chris DeWitt, supervisor of restorations for the Nevada State Railroad Museum, cinches down the V&amp;T railroad engine No. 18, the Dayton, at the Comstock History Center in Virginia City.