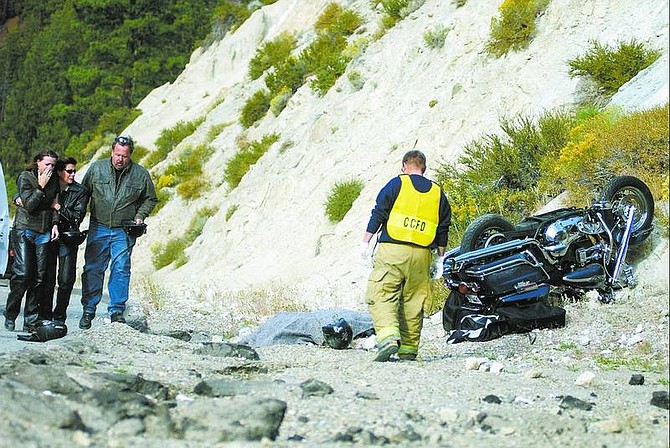 Brad Horn/Nevada Appeal Friends comfort the girlfriend of a California man who died Friday evening after he lost control of his Harley Davidson motorcycle when it cartwheeled into the side of the mountain on Spooner Summit. The man was traveling with friends to Reno for the annual Street Vibrations motorcycle event.