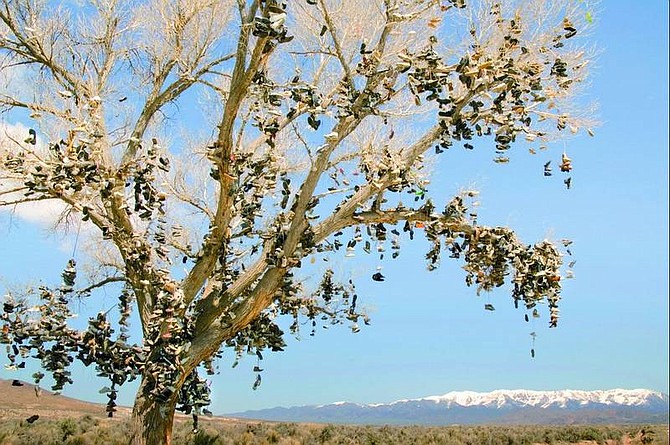 Nevada Appeal News Service The Shoe Tree displays cowboy boots, tennis shoes, golf spikes, sandals, high heels, flip flops and even a deer leg east of Middlegate on Highway 50. Andr&#233;e Gill, a desert cleanup activist who has led numerous trash removal groups in Churchill County, says the tree is an example of human activity damaging one of the few sources of greenery and shade to spring up from the desert landscape.